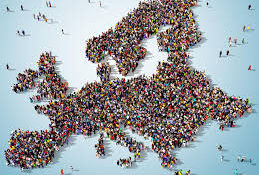 We’ve spent two very productive hours on brainstorming and discussion. There were three lists: for the ones who want to join us in writing articles, for those who want to participate in preparing a dictionary of words that loose their meaning and, last but not least, for those who can advise christian organisations in their countries that may want to cooperate with us.

We were debating about new possible meetings, building up a conservative think tank and even a new christian party for the whole Europe:)

I hope that our cooperation will be fruitful. Together we can do much more!

Do not litter with words

Poles have always lived in Ukraine. Polish culture doesn’t exist without Lwów or Wilno – the cities that nowadays belong to Ukraine. “It was the revenge of Stalin, we all now it”. Many Poles in Ukraine do not know the language, many do not  cultivate the identity. In the old times it was even dangerous to admit it. Many Poles have been sent to Siberia and the fathers of the families killed.

Now the Poles in Lwów and other parts of the country try to cultivate the cultural  heritage. Polish government help to renovate catholic churches, palaces and galleries that were once Polish. Otherwise, they would disappear.

Born and raised in Lwów. Being a social activist is her vocation. Journalist – is her profession. The president of Polish Radio Lviv.

“The new elite for a New Europe”

There is a lot of dirt in our country. In the outside but in their hearts, people try not to  throw litter about. Not to litter with thoughts, with words. Not to offend. Think positively. There are not only human rights, that we talk about much here. There are also human duties, that Moises and later Christ told about.

Human rights are in danger. We now the situation in Georgia in the eastern Ukraine. If you add terrorism in France, in Belgium than it seems clear that there is a crisis of the leaders, of the elites. They need to be formed from the beginning.

An NGO activist. Profession – IT specialist. Engaged in citizenship education. Worked for the IEARN network (International Education and Research Network) that associates one milion terachers and students. Later, she took part in “PiE Summer Institutes” from citizenship education. Volunteer for the ONZ. Worked with youth as a part of UNDP “Integration for social engagement in Ukraine”. Coordinator of international internships and seminaries. Since the last year she works in Erasmus +Inclusion in Eastern Partnership countries and Russia”. Analitics. 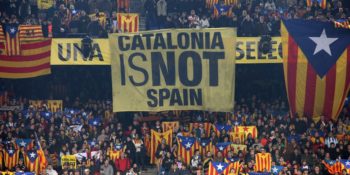 He is a journalist, living and working in Madrid for the digital newspaper Libertad Digital (www.-
libertaddigital.com) and the radio station EsRadio (www.esradio.fm). He ussually writes and speaks
about politics, but also about economics and voyages.

„Nationalism and populism as the challenges for Europe”

As a reaction to economical crisis in Spain populism came and the nationalisms and separatist tendencies in certain parts of Spain arose. Still high rates of unemployement , especially among young people are the bad news. But small businesses are getting stronger. Spain remains the 4th economy in the European Union.

She is a deputy speaker of the Partido Popular (conservative party) in the regional parliament of Cataluna. She is a lawyer and a journalist. 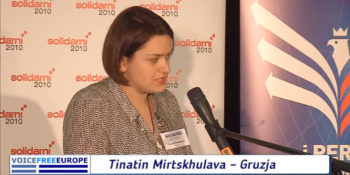 “Challenges of the media in Poland”

A few words about the divisions in Poland. The history after 45r. – Poles started the war as the allies of France and UK, but then were “sold” during the Conference in Jałta and had to stay under the influence of USSR (Comunist Russia). Many officers that fought for freedom were killed at that time. Cavalry captain Pilecki, who is famous from getting to one of the concentration camps (Aushwitz) to build resistance movement there was tortured by the secret service and killed

Journalist ,Secretary of the Board of Warsaw Division of the Polish Association of Journalists

Signed in 2014, the agreement is designed to strengthen the ties of European Union and Georgia in politics, economy and socially. Georgia hopes it will finally let it enter the Union. The firsts steps towards it have been taken in 1996, but the war between Georgia and Russia stopped the process.

„Media in the third Republic of Poland”

Polish media after the fall of communism weren’t free. The “Gazeta Wyborcza” was the only main newspaper. It was founded after the first democratic elections since the war and people expected from it honest and thruthful information. But it defended communists and fighted with democratic opposition and “Solidarność”.

Publicist of „Gazeta Polska”, „Gazeta Polska codziennie”, Deputy editor in chief of
www.niezalezna.pl website, writer, has her own tv programme in TV Republika.

Polish independent media in “new Poland” had a lot difficulties in financing themselves. The net of old communist secret service officers tried to defend its status quo. But now there is “Gazeta Polska”, “Gazeta Polska Codziennie”, other weeklies, One, independent but small TV Republika and Catholic press to defend other values, freedom. democracy and pluralism. And of course, there is internet, which has great power in the modern world.