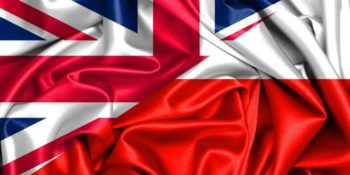 How big is the scale of this fake news?

Huge! Especially in the United States, but also in the UK, Germany, Belgium, Spain, and a few other European countries. Some of the more outrageous lies and twisted ‘facts’ can make a person very angry, especially when they come repeatedly from the same sources. The worst part of that is that even though we know who creates this fake news, we can’t do anything except keep fighting it. Sadly, we can’t prevent these lies and slanders appearing. We have to continue to rectify such false messages as quickly as we can. We should all make it better known that the truth about Poland is quite different from what is sometimes seen in the media. We, as Poles all over the world, need to make sure that these publishers know that we will not simply ‘accept’ being harassed in these ways. We will continue to get these ‘mistakes’ corrected, including the honest mistakes just due to their not knowing Polish history, and also the intentional lies and partial truths.

Where do you often find false information about Poland?

Mainly in digital newspapers & magazines, and in blogs; it is less frequent in books these days, but sadly still occurs (some quite notably!). The incidents of incorrect information, “media issues” are what we generally call them, also appear throughout all social media. However, the most difficult part of trying to correct errors in the VAST world of social media is that even Facebook, for example, can’t control what its hundreds of millions of users are writing! Just like Polish Media Issues, Facebook and all the big players in social media depend on incidents of false information and hate speech being reported to them by users. In the UK, due to the more than one million Poles living there, we think there has been a gradual decline in occurrence of incidents here, because Poles here won’t stand for it – and they act by sending complaints to the source of the error! But this is not a problem that is easy to get stopped altogether. The intentional trouble makers will keep putting errors out, then say “Sorry”, and make a partial correction, but then make ‘mistakes’ again in future.

You mentioned that this scale is especially huge in the USA. Why?

Partly because the Polonia society is proportionally much smaller there, and in general they don’t have as close an attachment to Poland as the recent wave of emigres to the UK do. There is also a MASSIVE amount of ignorance about Poland’s WW2 history among Americans of the last two generations. While Poland was under Russian/Soviet oppression, very little was known, or mentioned about Poland, and a great deal of misinformation was also spread by Moscow for decades, of course. In addition there are plenty of US-based publishers that regularly put out anti-Polish information, like the New York Times, Wall Street Journal, The Guardian (in UK & USA), Washington Post, CNN, Chicago Tribune and others. There are also more bloggers there, and we don’t ignore them if they are reported to us. The careful observer can see a clear pattern from “Who” owns which major publishing groups, and “What” their attitude is toward Poland, by what they publish. And this is true in Poland as well, of course. But America doesn’t have that many large publications that will publish the verifiable truth about Poland. There are just a few smaller ones who are just not able to counteract the mainstream media who often are the guilty culprits. And, of course, the typical American never reads the Polish press in the USA – especially if it is only in Polish! So, sadly, that means that the lies are often swallowed whole by non-Polonia America.

So how we can fight with these?

First of all, we need to have a strong and dedicated Polonia, working with the Poles who live in Poland, and who actually want the truth about Poland to be published. Polish Media Issues has about 2,400 members on it Facebook page (a large proportion of whom are based in Poland – Splendid!), and this is where we post the “Issues” that need to be corrected. Of course, many of our PMI members are supporting us ‘in spirit’, but don’t have the time to become Activists,and do the responding. But the more people will be willing to fight by being Activists, the better are the chances that we will win more and more battles. The problem of fake news is global, but is concentrated in Europe and North America. Government organizations are simply not resourced enough to deal with it all. Therefore, we – Polonia organizations and Poles – need to play a role in working together, cooperating together, and achieving together. We need to make people aware of the lies, half-truths, twisted logic and deliberate mis-information when they occur. In the majority of cases we need to simply educate them about the truth, and without undue force or stress. Then step by step we are going to win the battles for truth about Poland and Poles.

Who is Polonia in your opinion?

“Polonia” means all people of Polish descent who are not currently living in Poland (and who may never have lived in land, and may never visit it). So, Polonia is all Poles outside of Poland at any one moment.

What are the obligations of Poland towards Polonia?

First of all to create a country of which we can all be proud. In addition, rebuilding contacts between Polonia organizations and Poland, improving contact with the Ministry of Foreign Affairs, and decreasing the bureaucracy associated with gaining citizenship, for example. You have to remember that Polonia are mainly people who have ancestors from Poland, but they themselves were born and live outside Poland. For most of them, obtaining a nationality, ie, a passport, is equivalent to obtaining a national identity as well.

And what are the tasks of Polonia towards the Poland?

Taking a stronger interest in the true image of Poland, attending and organizing meetings, lectures, events about history and the political and social situations in Poland. It is very important for the world to know how wonderful we Poles are, right! Of course, no country’s citizens anywhere are all perfect. However, as Poles, we need to make sure that there is a fair and unbiased balance of information about Poland & Poles out there in the world. Too often lately there has been a significant imbalance of incorrect information and unfair smears, and a few outright lies, as we saw from the Independence Day March.

Your roots are in Poland, right?

Yes. In 1911 my grandparents emigrated to the United States. There my father was born, and of course me, as one of 4 children. I lived there for many years, and I also completed my Chemistry degree and MBA there.

You are currently living in the UK. How did this happen?

Well, I met a lovely English girl, of course! (laughs) But because I somehow couldn’t convince her to become a lovely California girl, we decided to move to the UK. In 1990 I founded my own management consultancy business, but now I’m semi-retired.

You are very involved in Polish affairs. What, therefore, does Poland mean to you?

Like many Polish Americans, I have to admit that I embraced my Polish-ness quite late, when I was about 45 years old. I became fascinated by the history of this country while researching my ancestors’ genealogy. Her history has been very difficult but it shows how great and powerful Poland is. That’s why I got involved with the Polish Media Issues group in this fight for the truth about Poland to be seen, and not the lies and misinformation. It is very demotivating when you read about “Polish death camps”. These were German death camps in occupied Poland, where many Poles and Jews were murdered. During the Second World War, Germans murdered or caused the death in various ways of 6 million Poles; 3 million Poles of Jewish descent, and also 3 million Polish natives. We must not forget anyone! The term “Polish death camps” is a very cruel lie! As a man who is genetically 100% Polish , I can’t allow for this slander to remain unchallenged.

That is why you decided to make a lecture “The British Public’s Misconceptions about Poland in WW2”?

Of course! Fighting this fake news, in its many forms, is the most important element in the fight for the good name of Poland.

Author: Daniel Zamoyski (@zamoyskidan) – citizen of the United States and the United Kingdom. He graduated from Northern Illinois University with Chemistry and MBA degrees; spent his career as a Businessman. For many years has been involved in fighting for the good name of Poland in non-Polish media. In 2015 at PUNO (The Polish University Abroad in London) he gave a lecture entitled “The British Public’s Misconceptions about Poland in WW2”, based on public opinion poll research.  Press Contact at PMI (Polish Media Issues), activists for a fair, truthful image of Poland in global media during the last 12 years. 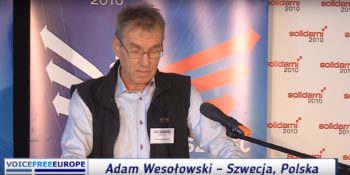