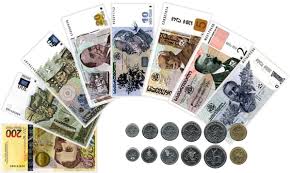 Every sphere cross each other in Georgia, especially after parliamentary election in 2012.  (October). Government had changed by election and new party    “GEORGIAN DREAM “ (Qartuli otszneba – We call members of party – “DREAMERS” ) became the winner.

At the beginning,  head of that new group was  Georgian billionaire Mr. Bidzina Ivanishvili.  Now president is Giorgi Margvelashvili but  for Georgians it’s really easy to see how Bidzina is manipulating with politicians and leads the group from back stage.

After election,  in parliament  we’ve got majority of  “Georgian Dream” and minority oposite side of “National party” (-Party which was leaded by Mikheil Saakashvili ). New government had started “fighting” with previous one.  On the main positions in Georgia, all ministers became “Dreamers.” Only one chair _ role of director of National Bank was free and achivable for  candidate from National Party.

We have to notice that Mr Bidzina Ivanishvili follows to Pro- Russian ideology and Mr Mikheil Saakashvili Followed to Pro – American ideology.

Billioner Bidzina ivanishvili knows how  to play with currency and make money from it.

So, director of National Bank was from National Party and if something went wrong everybody could think that it was fault of National party and their wrong politic. For “Dreamers” that was really good step to hide some dirty goals.

Since October 2012 we have huge differences.

Result of wrong Georgian Dreamers’ economic politics and of the crisis:

It’s so much  led by  the politics. The weak politics is the  reason of our disaster. Step by step business vs  politics or bussines by politics make us poor.

Georgian currency lost its power and result is more dangerous for Georgians than thick politicians can think about. Hopefully waiting for changings.